I had left a comment about being raised to be clean and neat when you go out somewhere in public on a friend's blog. This comment blended in perfectly with a situation that I was in yesterday morning. I am not trying to poke fun at those who are hygienically challenged, although I do not know how anyone can be that way and do not care. I am trying to poke fun in an otherwise traumatic situation. Here is my story.
Yesterday was the orientation for pre-kindergarten. My "Busy" was lucky enough to be accepted into the program, and we were excited to go. The teacher is the most wonderful woman. She taught my oldest daughter Kindergarten a few years back, and we desperately wanted our youngest to have the benefit of her wonderful style to start her school career. We jumped through every hoop we had to in order to get into this program. "Busy" is so incredibly excited to go, that we hardly got any sleep. When morning finally came, we showered, did our hair, put on a cute outfit, a little bit of perfume, and brushed our teeth. She had her little back pack loaded for this trip and we were to go first thing.
When the time finally arrived for our orientation, we got in the truck and headed for the school. Once we arrived in style (our truck was filthy from the rains and the mud we had been driving in-not to mention some really great mud puddles that Mom (me) just could not resist) we parked and hurried inside.
Now if you know me at all....you will know that I talk to pretty much anyone that will talk to me. I don't believe that what a person is wearing matters much. Personality is personality. With that in mind, we entered the room, did our paperwork and proceeded to sit at the table where the mom's were supposed to be listening to the presentation once all were seated.
I sat down and was waiting for the others. Ashlyn sat close to me. A couple of others were already sitting there too. There was only one more mom to sit down, and then the kiddies were taken to the play area of the classroom to get acquainted with each other and the space. Finally this slightly dirty woman came to sit, dragging her child along beside her. I being the person I am smiled at her as she had entered the area. (BIG MISTAKE)

Even though there were several empty chairs at the table, the woman had to sit right beside me. No biggie right? People are people, no matter what they wear. Not a big deal. Right? WRONG! The woman and her kid smelled. Not just a little musty or dirty smell, they smell like POOP!

I kept thinking that maybe it was her son that smelled like dirty diapers. I waited for the teacher to take the kids to the classroom, so that the smell would go away. Finally she did. I was secretly cheering when the little boy left the table, the smell would go with him...right? WRONG AGAIN! The smell was her! 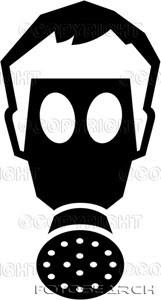 Okay....just turn your chair to the side a little so you can see the woman making the presentation to the parents. That will divert the smell. Oh! The smell is not going away. It was awful. She smelled like poopy diapers, and it was not a tolerable poopy smell either. As I sat there for the full hour and a half, I could see one of the helpers in the classroom that I know from the previous years in school. She had noticed the stinky woman and was laughing at me!
She stood behind the book shelf where only I could see her and smiled a knowing smile at me at every opportunity. I was giving her the "look", when the smelly woman began to tap me on the shoulder. I thought the teacher aid was going to burst out laughing when this happened. I slowly turned around trying not to let my disgust show on my face. I don' t want to hurt her feelings in any way....I smile. The woman opened her mouth and began to talk to me.

The stinky woman has horrible breath to top off the poop smell coming from her general area! I almost gagged. I didn't want to talk to her because some of the smell might get on my teeth. I helped her with the forms and turned quickly to face the opposite way. Tap tap...not again....I turn and she smiles and says something to me....Not only does this woman have poop smell, and laser breath....she is missing her front 4 top teeth! Good Grief! If I didn't know better, I would have thought my husband had planted this woman there to torture me. Bob would have died. He always says that I find the neediest most wounded people to befriend. I just don't have the heart to be mean or rude to anyone, so I am nice. It turns out that this woman is fairly nice...not overly smart, but nice enough.
The thing is, I don't' find them, they find me! Why do these people always gravitate toward me? She won't leave me alone! I am so grateful that I had not eaten breakfast this morning. If I were to gag, I may throw up...
I notice that some of the other moms sitting in the non-smell zone were snickering at me. They too thought it was funny. I want to smack them. How dare they sneer at me and this stinky woman? How rude! There they sit in their nice air, all clean and pretty. I secretly thought that one or more of them probably have manicured toe nails!
I

t was the longest hour and a half of my day. I spent the entire time thinking about the little bottle of air freshener I still carry in my purse since my son's hockey season. (hey...locker rooms are gross) I also considered the perfume I carry for emergencies. But because I was sitting sort of in front of the woman it would be impossible to secretly shoot her with some "help". I tried to smell the perfume from on my wrist, but it has disappeared. I was panicking internally the entire time. I am sure I heard not one word of the presentation. Who can concentrate when there is a toothless woman with horrible, bad breath, seriously poopy smelling person sitting right beside you? How do I handle this? She is a person with feelings, and she so obviously wants to be accepted, or she would not be talking to anyone.
The teacher aid, laughed at me through the whole thing, and the other mom's snickered at me. No one else was nice to the stinky woman but me and the teacher. I don't' regret being nice to her. She was very nice as a person, and I am sure she will clean the poop smell off eventually, but until then, I will wave and speak to her across a room...but NEVER will you catch me sitting beside her again. I would rather sit in a pig pen.
One of the other mothers commented to me on my way out that it was nice to meet me and that she noticed my "new friend". I think she was trying to drop a bait for me to say that the woman smelled. I did not take it. I think it would be mean of me to say that. True or not, it was not something I was willing to say. I don't want to get the reputation of being judgmental now, not after all these years of being nice to everyone.
Later that night, I got an email from the teacher thanking me for all my help and for helping her make the smelly woman feel welcome. She had apparently had interaction with her in the past, and was certain that if she put us in the same orientation, that I would not snub her, but instead not judge and be nice.
Sometimes being nice has its short comings....let me tell you!
Posted by Tootsie at 12:01 AM