It was a lazy weekend around my house. I did not want to go too far from home until I have had this tooth removed and all threats of infection and pain were gone...so we stayed home. On Saturday I decided to catch up on some yard work -A.K.A. weeding, and a few other things. Come -I'll show you! 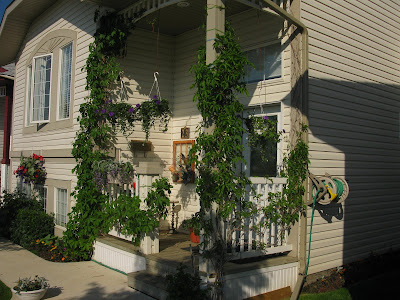 Remember this photo? It is of the front of my house a couple of weeks ago. The reason I show you this, is for you to see the Virginia Creeper growing up the posts and around the front Porch. 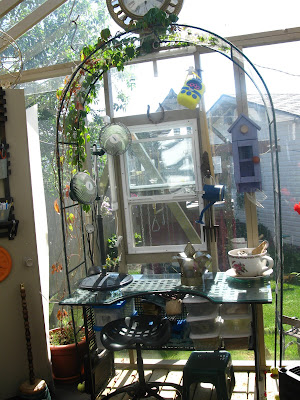 Now...if you look really hard, you can see a sad excuse for one of those plants trying to grow inside the greenhouse on that arch over the desk. It is just not doing as well as I had hoped it would inside. So-I started scheming while I was weeding. During a weeding "break"- I got busy and this is what happened to that sad plant inside... 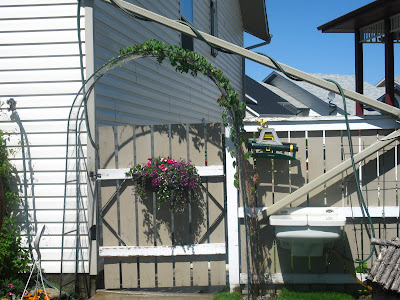 It got moved outside!!! I have always wanted to put something over the gate...I even tried to get a climbing rose to grow on the downspout...but to no avail (obviously) 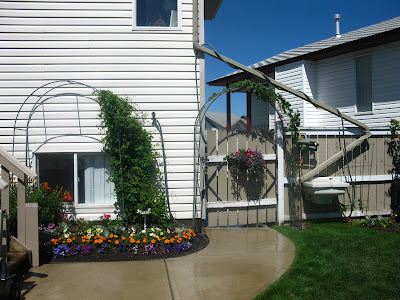 I think I like what I see..! I can hardly wait until it fills in like the ones in the front yard!!! 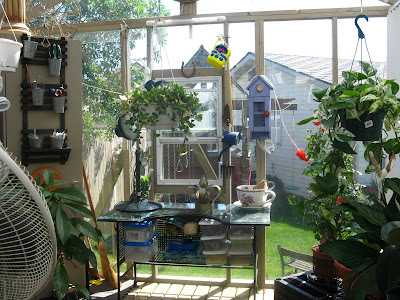 But it sure looks empty in here now! It took a lot of effort to get that arch out of the greenhouse...Tootsie here forgot how tall it was compared to the hanging bars, and the hooks, and yes-the doorway...but as I have proven to myself over and over again...where there's a will there is a way! 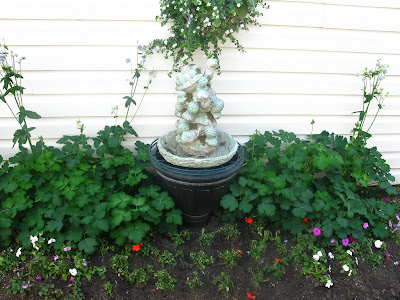 Then...I was energized!!! To heck with the rest of the weeding!!! Lets PLAY (Tootsie style)! 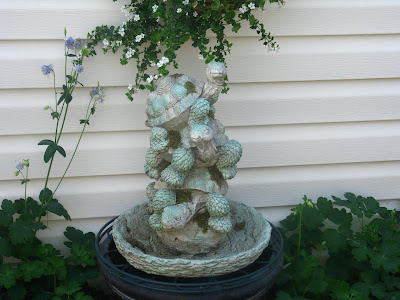 There used to be some impatiens growing in a pot that sat inside this urn...they had an issue with some frost and are no more...did I mention we are expecting frost tonight???? YEA...welcome to Alberta! Anyway, I had this little turtle bird bath sitting in the garage...I know it is a tad bit tacky, but I thought I might as well try to use it somewhere... 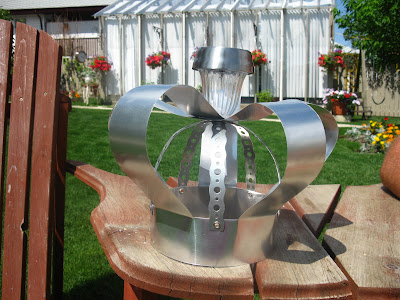 And ....then I made this! (but not before I did some more weeding.....it is almost done) That thing on top as a finial...IS A SOLAR LIGHT! 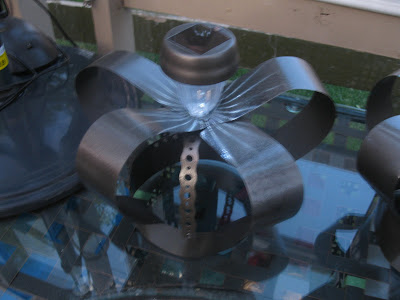 The silver one that I had did not work, so I had to change it up....and then paint it all a hammered grey. Here is is in the evening when the light turned on! 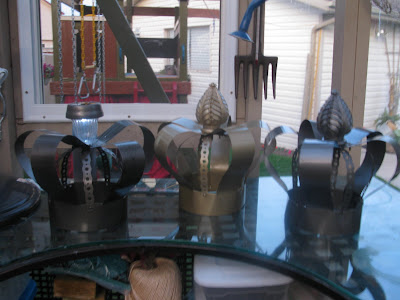 I got so excited...that I had to make a couple more! I am getting to be a pro at making them...I only used one screw to make the solar light one! I used grommets instead of nuts and bolts! Sneaky aren't I????? lol 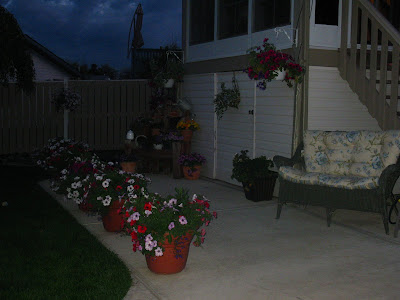 And ...then it got dark, and I had to go inside. The bugs were starting to think I was a buffet table! 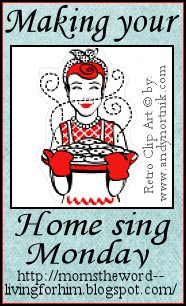 What did you do this weekend?
If you have a moment...stop by and see Nan at momstheword...she has lots of advice on making your home sing!!! By clicking on the button to the right, you can get to her!
Posted by Tootsie at 12:01 AM